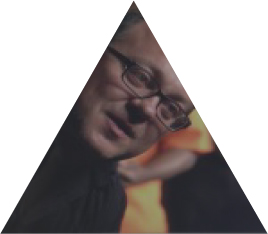 James Duke is an accomplished filmmaker, pastor, educator, and communicator. As an independent filmmaker, James has almost twenty years experience in film, television, and video production. His credits include writing, producing and directing over a hundred award-winning short films, documentaries, and theatrical productions.  He has produced several feature films including The Least of These starring Isaiah Washington and Robert Loggia, and Ragamuffin about the life of Christian singer/songwriter Rich Mullins. James’ passion for developing filmmakers led him to found the Inspiration Film Fest as well as serve as the executive director of the Damah Film Festival.

Recently, he served as the president and CEO of Updog Studios, a production company in Florida that seeks to create provocative, thought-provoking entertainment and commercial cinema. James is a successful team builder with strong leadership skills and who enjoys collaborating with other creatives.

As a pastor, James served on staff at his church, Mosaic LA, for 10 years where he oversaw several ministries including film, live production, and family ministries. He’s also served as pastor in communities of faith in Tennessee and Florida.

As an educator, James’ passion for investing in and mentoring the next generation of filmmakers and storytellers has led him to create high school and collegiate-level curriculum taught and fully accredited in schools both in California and Florida.

As a communicator, James has been privileged to speak to thousands of people around the world on the topics of film, faith and culture.

James received his B.A. in Communications from Union University in Jackson, TN. He is also a graduate of the Los Angeles Film Studies Center, and the Act One writing program.

He is madly in love with his wife, Samantha, and their two young children. To schedule James for a speaking event, please contact him at james@actoneprogram.com.