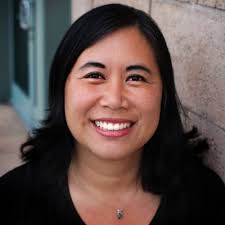 Christina Lee Storm is the Manager of Virtual Production at Netflix.

Prior to her role at Netflix, she served as Vice President of Business Operations, Strategy, and Emerging Technology at DreamWorks Animation (DWA) where she was the head of the Advanced Creative Technology group.

An award-winning producer, Christina has worked on such Oscar-winning films as The Artist and Life of Pi, and produced the award-winning short documentary Life After Pi. In Hong Kong, she served as Head of Creative Development and VP of International Production for legendary Hong Kong director Johnnie To, producing Running Out of Time, The Mission, and Second Time Around. Her US feature-producing credits include The Least of These, To Save A Life, and Flesh: Bought & Sold in the U.S.

Christina has served on the Producers Guild of America’s (PGA) National Board of Directors and served as Treasurer for four years. She has been Chair/Mentor for PGA’s Power of Diversity Master Workshop and Chair of the PGA Animation Committee.

Christina balances being mother of two rambunctious children, wife to story consultant/screenwriter Steve Storm, and passionate storyteller for all mediums.