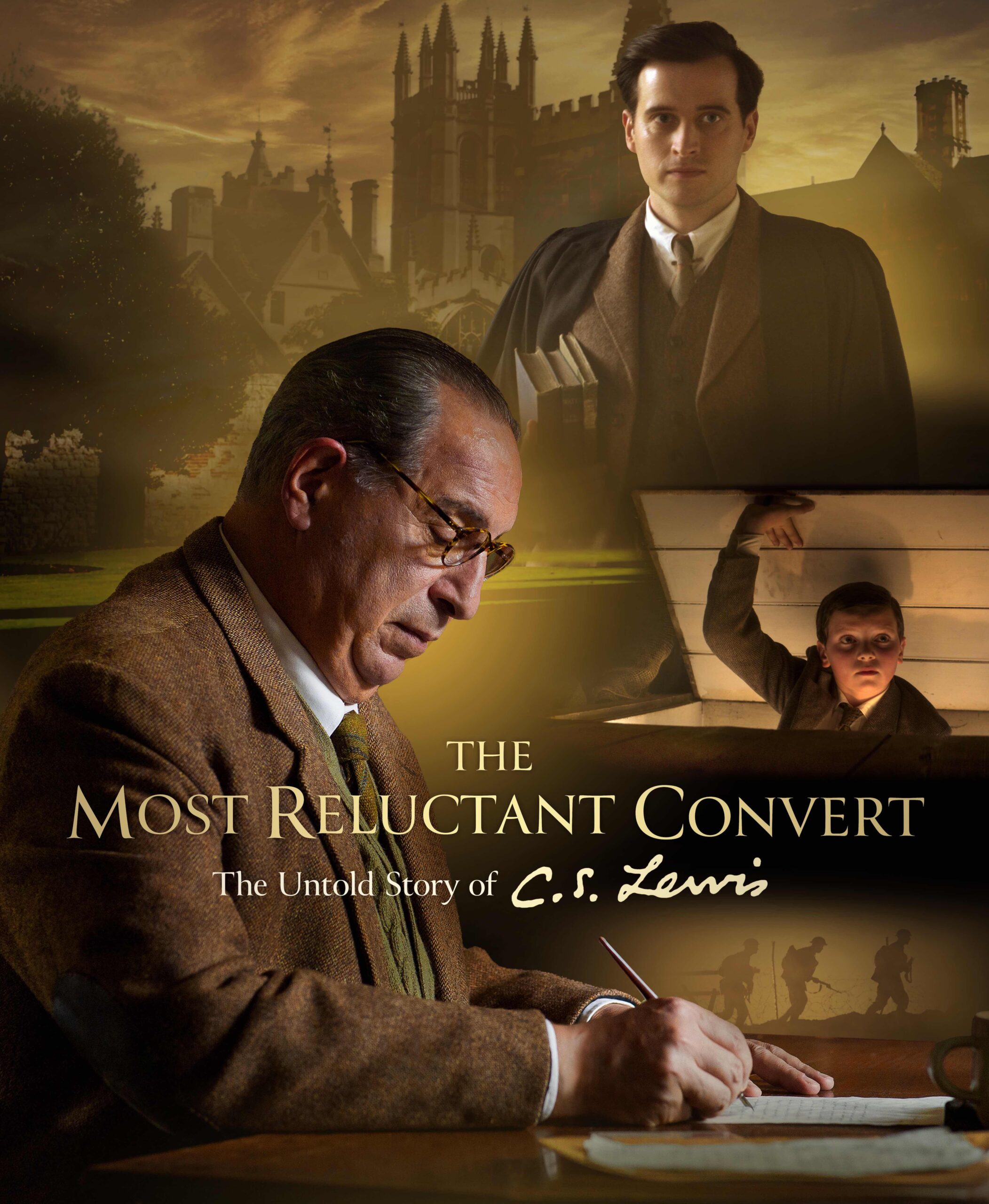 THE MOST RELUCTANT CONVERT features award-winning actor Max McLean as the older Lewis and Nicholas Ralph – breakout star of PBS Masterpiece’s All Creatures Great and Small – as young Lewis. Beautifully filmed in and around Oxford this engaging biopic follows the creator of The Chronicles of Narnia from the tragic death of his mother when he was just nine years old, through his strained relationship with his father, to the nightmare of the trenches of World War I to Oxford University, where friends like J.R.R. Tolkien challenge his unbelief. Written for the screen and directed by two-time Emmy and BAFTA winner Norman Stone (BBC’s Shadowlands), The Most Reluctant Convert brings to life the spiritual evolution of one the 20th century’s sharpest minds and keenest wits.

Tickets for the film can be purchased online or at participating theater box offices. Fans throughout the U.S., Canada and the UK will be able to enjoy the event in select movie theaters through Trafalgar Releasing. For a complete list of theater locations and to purchase tickets, visit www.CSLewisMovie.com (theaters are subject to change).

ABOUT MAX MCLEAN
Max McLean is an award-winning actor and founder and artistic director of New York City-based Fellowship for Performing Arts. FPA produces theatre and film from a Christian worldview meant to engage diverse audiences. Recent FPA productions in New York City include The Screwtape Letters, The Great Divorce, C.S. Lewis Onstage: The Most Reluctant Convert. Each was either adapted for the stage or written by Max McLean. Other New York productions include Paradise Lost, Shadowlands, A Man for All Seasons and Martin Luther on Trial. Many of these productions have toured at major venues across the country and have been seen by nearly a million people.

As an actor, Max created the roles of Screwtape (New York, London, national tour), C.S. Lewis in The Most Reluctant Convert (New York, national tour) and Mark in Mark’s Gospel for which he received a Jeff Award – Chicago theatre’s highest honor.  Max’s work has been cited in The New York Times, Wall Street Journal, The Washington Post, The Chicago Tribune, CNN, The Guardian and The Boston Globe among many others.  His narration of The Listener’s Bible published by HarperCollins and Biblica has received four Audie Award nominations from the Audio Publishers Association.

ABOUT NORMAN STONE
Norman Stone is a double BAFTA and EMMY Award winning writer, producer and director known for SHADOWLANDS (1986), THE FINAL FIX (2020) and INTO THE RAINBOW (2017). He is married to Scottish broadcaster, Sally Magnusson. Norman has headed up 1A Productions since 1992. Over the years, 1A has gained a reputation for high quality and inventive productions, as well as garnering many international awards and acclaim. 1A has also worked with many of the finest names in the acting and film-making worlds, creating a slate of films and programming which run from top class television dramas, series and documentaries, to music videos and big screen movies.